“…a mutation [of international institutions and international law] will have to take place. But it is impossible to predict at what pace…what remains incalculable is first of all the pace or rhythm, the time of acceleration and the acceleration of time. And this is for essential reasons that have to do with the very speed of techno-scientific advances or shifts in speed. Just like the shifts in size or scale that nanotechnologies have introduced into our evaluations and our measures.” Jacques Derrida, Philosophy in a Time of Terror (2001/2003)

When you “wake up” a historical figure for a project of any sort – art, book, play, film – you cannot help but imagine their reaction to the present moment. The word imagine is apt because the process involves an identification with the figure woken and a psychical process of projection, although scholars might argue that one can rationally speculate based on a life’s discourse or work. It’s in this frame of mind that I sometimes think about Rosa Luxemburg in relation to the current political situation, particularly in regards to the issues that Edward Snowden has made pivotal today regarding democracy and our currently laughable system of “checks and balances.” It’s not that Luxemburg ever put any faith in organized politics in any case, believing that organized politics in a time of gross inequity were nothing but a farce. Others might argue, as a friend has recently in regards to a review of writings by Étienne Balibar, that some changes can to be enacted pragmatically from within organized politics. But even Balibar has standards that would place the U.S. political system outside of such optimism.

In any case, when I read the dizzying instructions below in one of Luxemburg’s letters from 1906, I can’t help but think of Derrida’s comment in regards to techno-science. One thing that comes across very strongly in Luxemburg’s letters is her ceaseless use of the postal system in her political work. In those days the post seems to have been delivered at least twice a day (sometimes it seems to be three times a day), which helped her keep up with unpredictable historical events; and the speed of delivery from country to country at that moment seems astonishingly fast. But imagine organizing a revolt by post today. 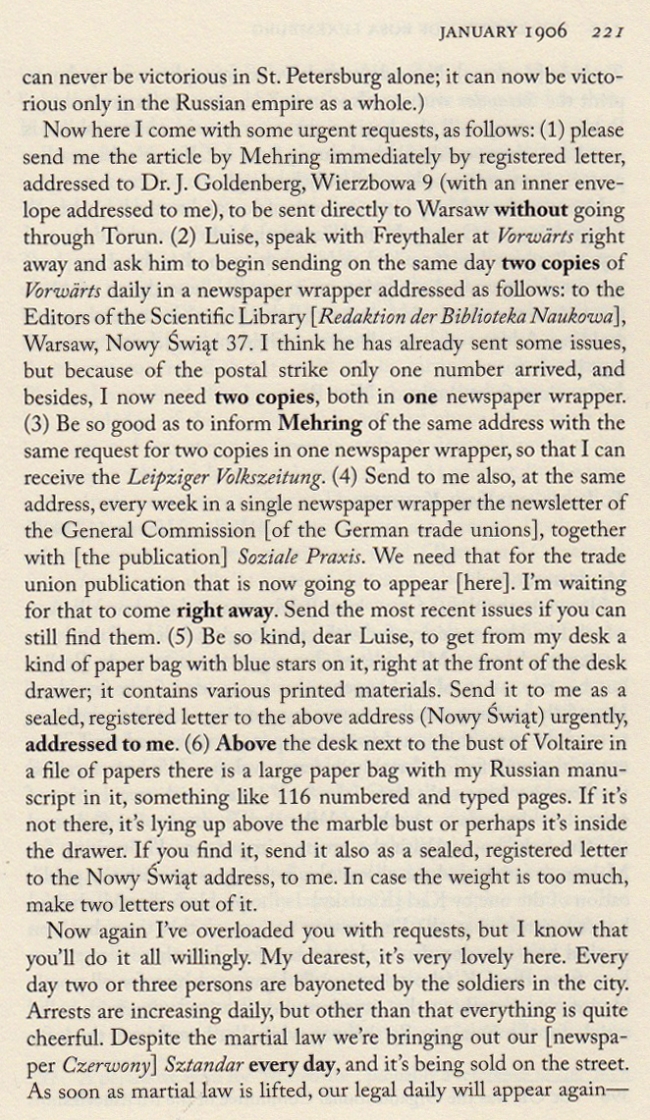 In this excerpt above she’s writing from Russian-partitioned Poland, Warsaw, where she was engaged in the mass empire-wide revolts that were taking place. Her role, as it often was, was to write and see that contraband publications were printed and distributed. Transposed to the present, she might be using twitter, or more likely encrypted emails and sites.

Whenever I read Glenn Greenwald’s twitter site these days, I am hyperlinked to countless sites and tweets and articles and videos. I’m not complaining, because it’s an education a day. But it’s the stream speed of data and its atomization that are worrying all the same. Frankly, we need Derrida’s analysis. 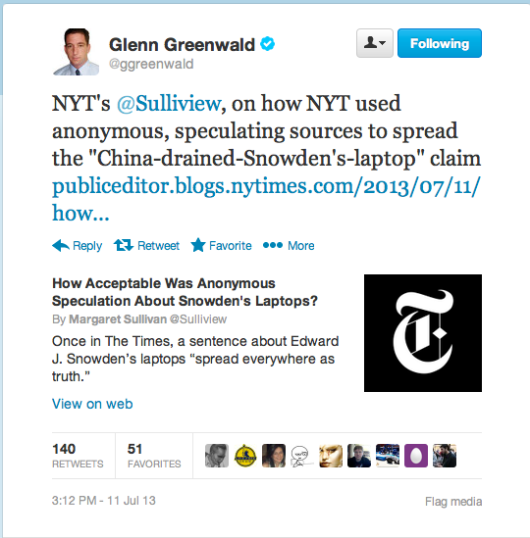