It seems that two academics have come out with a new study claiming to have discovered the answer to the political question that is baffling liberals- exactly why did the Americans who voted for Obama in six crucial states in the 2012 election end up voting for Trump? After what I’m sure was an exhaustive analysis, they came to the conclusion that it could not have had anything to do with a precarious economy because “all of the manufacturing jobs that were lost [i.e. the job security loss that masses in some states would have suffered, with resulting un- and under- and low-paid employment] were eliminated at least a decade ago, so people weren’t responding to that loss in the last election.” What was the conclusion of the study? It turns out that the real reason those voters got Trump elected is that white people felt their sense of themselves as a group being challenged. And if you believe that’s the main reason for their switch, I have a bridge for you. No, seriously, it’s a real bridge. It’s just that it’s a bridge to a land where things that happened ten years before have no effect on the present. And it goes without saying that things that happened even longer ago have no effect in that land either.

With regard to Trump voters in general, a new book by a writer who followed HRC on two campaigns has revealed that HRC had created a three-part taxonomy in 2016 for sure-fire Trump voters, which she relayed to much audience amusement during fundraisers with wealthy donors:

So the above-mentioned post-election academic study would ignore Basket#2 and privilege Basket #3 as a way of trying to understand Trump voters. Way to go in understanding how precarity produces voters.

For the last year, centrists and liberals have also obsessed over the stubborn reliability of the “Trump base,” with endless assumptions about that reliability rage-flooding mass and social media. The consistent line is that Trump is on a constant quest to please his base with racist, mysoginist, and xenophobic comments and policy.  That is certainly what litters his discourse and some of his policy efforts. (Interestingly, on the same social media, the heavy deregulation and tax cuts gifted to his 1% supporters seem only to be the concerns of very left-of-center journalists and academics.) But confusion reigns for the #resistance legions and for center-to-liberal pundits about just why Trump never seems to disappoint his so-called base, even when he doesn’t deliver on, or when he deviates dramatically from his promises (tariffs, international interventionism, well-paying blue-collar jobs, the wall, “cleaning up the swamp.”). Regardless of his failings in various categories,and his own swamp-behavior, the take is that his so-called base persists in fetishizing him. 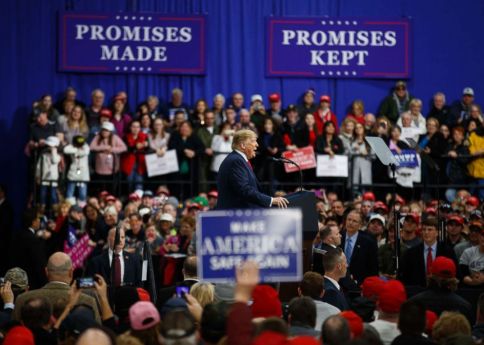 But what if the explanation for this adherence cannot be articulated through a discourse that insists on ignoring the mechanisms of the psyche? What if an unconscious projection were actively at play under, around, and outside of the overt discourse of Trump playing to his base. Of course Trump continuously addresses what he sees as his base with dog-whistles or overt insults in regards to race, ethnicity, women, and LGBT+ populations (not to mention anything else he thinks might please them – patriotism and 2nd amendment rhetoric, etc.). And at his rallies they can be seen to get riled up. This is the typical way of understanding how a despot would play to his audience. But given how often he ignores or defies his base’s supposed interests when others with more economic or political power are plying him, it is difficult to understand his base’s dogged devotion to him without imaginimg a phantasmatic dynamic that the domains of journalism or TV pundits or the twitterati, or even most of academia, will not consider.

What if Trump were actually himself a phantasm projected by his “base,” rather than his base being an inherently evil group to which he plays? What if he is an effect – a hologram – of their rage? Would we not want to understand that rage better as a construction, rather than as an unchangeable evil? We certainly had better want to understand it as changeable. Sounds reasonable, but you certainly wouldn’t know it from reading social media posts by the anti-Trump masses.  This is not to underestimate the concrete effects he is having on what are optimistically referred to as our democratic institutions. If we think of Trump as a projection of the inchoate (and outrageously under-educated) anger that his base feels with regard to the effects of decades of vertiginous precarity into which their noses have been rubbed, then it’s easy to understand why they would derive pleasure from projecting a leader who shits on the norms and institutions that have never in any case protected the precarious in this culture, although some precarious groups have and continue to hold out hope that the more “progressive” party – Democrats – will address their needs through humane promises. (Although the Democratic Party shuns true progressives.) But let others of those precarious groups attain a majority and watch for the rise of despots who don’t look like Trump.

Trump was there to fill the space of the projection. He was widely known through his TV show, and he was importantly seen as wealthy but crass, an unlikely man of the people, and an angry man to boot. I’ve mentioned in another context a compelling line from Brecht’s Mother Courage and Her Children, in which Mother Courage (aka Canteen Anna) says something to the effect that the masses like it when the leaders of a war engage in profiteering, because they know the investment by the powerful means there’s a good chance of victory. Trump’s base is loyal not in spite of his vengeful and corrupt behavior, but because of it. They figure they might stand to profit from someone like that, or at least they feel he’s worth the gamble because nothing else has worked. His non-base voters (those swing voters who voted for Obama in ’08 or ’12) also make such calculations about Trump, while holding their noses. He will disappoint, but he is at least a figment of their imaginaries, and that is a somewhat less passive position to occupy than what they’ve been offered for decades.

So a mass identification with exploitative greed at the top contains a kernel of pleasure in it, and those who try to understand Trump’s base (when they’re not busy despising them) would do well to understand that dynamic. But that would require a bird’s eye view of capitalism today, and certainly journalism and punditry – now feeding off the endless spectacle that is Trumpworld – are not good at the bird’s-eye historical view. That is usually left to academics, but if you’re not educating the masses, what’s the mass role for academics?.

And let’s see, just what might be educating the masses…hmmm…there’s a lot to choose from,  but how about The Crown, the Netflix series about Queen Elizabeth II’s period of  British monarchy? Thoroughly entertaining as a mix of docudrama and soap opera, it sutures viewers in with its obsessive visual verisimilitude, and while you’re thoroughly distracted, it skews the history of power, money, and world politics in diabolical ways. Because, really, don’t deprive us of monarchy-world. 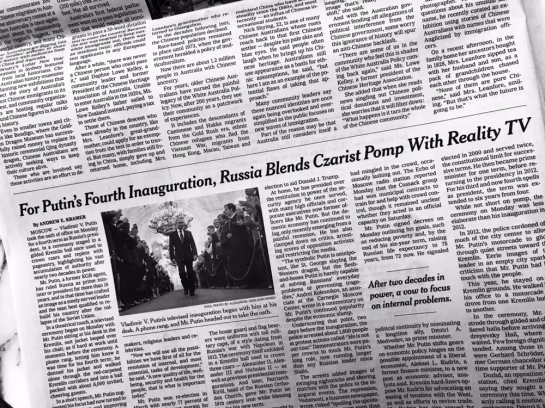