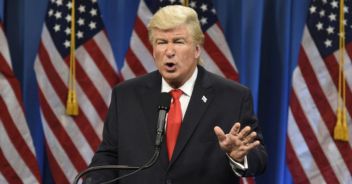 Lies are often much more plausible, more appealing to reason, than reality, since the liar has the great advantage of knowing beforehand what the audience wishes or expects to hear. He has prepared his story for public consumption with a careful eye to making it credible, whereas reality has the disconcerting habit of confronting us with the unexpected, for which we were not prepared.

Hannah Arendt, “Lying in Politics, Reflections on the Pentagon Paper,” 1971

[Excerpts below, including those by Freud, are from “Freudian Theory and the Pattern of Fascist Propaganda” by Theodor W. Adorno, 1951.]

If it is an impudence to call people “rabble,” it is precisely the aim of the [fascist] agitator to transform the very same people into “rabble,” i.e. crowds bent to violent action without any sensible political aim…

Freud does not challenge the accuracy of Le Bon’s well-known characterizations of masses as being largely de-individualized, irrational, easily influenced, prone to violent action and altogether of a regressive nature. What distinguishes him from Le Bon is rather the absence of the traditional contempt for the masses which is the thema probandum of most of the older psychologists. Instead of inferring from the usual descriptive findings that the masses are inferior per se and likely to remain so, he asks in the spirit of true enlightenment: what makes the masses into masses?

…For the fascist demagogue, who has to win the support of millions of people for aims largely incompatible with their own rational self-interest, can do so only by artificially creating the bond Freud is looking for.

It is one of the basic tenets of fascist leadership to keep primary libidinal energy on an unconscious level so as to divert its manifestations in a way suitable to political ends. The less an objective idea such as religious salvation plays a role in mass formation, and the more mass manipulation becomes the sole aim, the more thoroughly uninhibited love has to be repressed and moulded into obedience. There is too little in the content of fascist ideology that could be loved.

[The nature and content of fascist propaganda] is psychological because of its irrational authoritarian aims, which cannot be attained by means of rational convictions but only through the skillful awakening of “a portion of the subject’s archaic inheritance.”

The mechanism which transforms libido into the bond between leader and followers themselves, is that of identification.

…the primitively narcissistic aspect of identification as an act of devouring, of making the beloved object part of oneself, may provide us with a clue to the fact that the modern leader image sometimes seems to be the enlargement of the subject’s own personality, a collective projection of himself…

…by making the [fascist] leader his ideal, [the follower] loves himself, as it were, but gets rid of the stains of frustration and discontent which mar his picture of his own empirical self.

In order to allow narcissistic identification, the leader has to appear himself as absolutely narcissistic…

…the members of a group stand in need of the illusion that they are equally and justly loved by their leader; but the leader himself need love no one else, he may be of a masterly nature, absolutely narcissistic, but self-confident and independent. [Freud]

Yet Freud is aware of another aspect of the leader image which apparently contradicts the first one. While appearing as a superman, the leader must at the same time work the miracle of appearing as an average person, just as Hitler posed as a composite of King Kong and the suburban barber.

[The leader] need only possess the typical qualities of the individuals concerned in a particularly clearly marked and pure form, and need only give an impression of greater force and of more freedom of libido; and in that case the need for a strong chief will often meet him halfway and invest him with a predominance to which he would otherwise perhaps have had no claim. The other members of the group, whose ego ideal would not, apart from this, have become embodied in his person without some correction, are then carried away with the rest by ‘suggestion,’ that is to say, by means of identification. [Freud]

Even the fascist leader’s startling symptoms of inferiority, his resemblance to ham actors and asocial psychopaths, is thus anticipated in Freud’s theory.

For the sake of those parts of the follower’s narcissistic libido which have not been thrown into the leader image but remain attached to the follower’s own ego, the superman must still resemble the follower and appear as his “enlargement.” Accordingly, one of the basic devices of personalized fascist propaganda is the concept of the “great little man,” a person who suggests both omnipotence and the idea that he is just one of the folks…Psychological ambivalence helps to work a social miracle. The leader image gratifies the follower’s twofold wish to submit to authority and to be the authority himself.

The narcissistic gain provided by fascist propaganda is obvious. It suggests continuously and sometimes in rather devious ways, that the follower, simply through belonging to the in-group, is better, higher and purer than those who are excluded. At the same time, any kind of critique or self-awareness is resented as a narcissistic loss and elicits rage. It accounts for the violent reaction of all fascists against …that which debunks their own stubbornly maintained values, and it also explains the hostility of prejudiced persons against any kind of introspection. Concomitantly, the concentration of hostility upon the out-group does away with intolerance in one’s own group, to which one’s relation would otherwise be highly ambivalent.

The leader can guess the psychological wants and needs of those susceptible to his propaganda because he resembles them psychologically, and is distinguished from them by a capacity to express without inhibitions what is latent in them, rather than by any intrinsic superiority. The leaders are generally oral character types, with a compulsion to speak incessantly and to befool the others.

The famous spell they exercise over their followers seems largely to depend on their orality: language itself, devoid of its rational significance, functions in a magical way and furthers those archaic regressions which reduce individuals to members of crowds.

In order to successfully meet the unconscious dispositions of his audience, the agitator, so to speak, simply turns his own unconscious outward.

Since it would be impossible for fascism to win the masses through rational arguments, its propaganda must necessarily be deflected from discursive thinking; it must be oriented psychologically, and has to mobilize irrational, unconscious, regressive processes. This task is facilitated by the frame of mind of all those strata of the population who suffer from senseless frustrations and therefore develop a stunted, irrational mentality.

Under the prevailing conditions, the irrationality of fascist propaganda becomes rational in the sense of instinctual economy.

Following Freud and Adorno, to understand the susceptibility of Trump’s base, American liberals will have to set aside the blinding rage produced by their own sense of narcissistic loss brought on by Trump’s win.

The leader image gratifies the follower’s twofold wish to submit to authority and to be the authority himself. What better formula for appeasing the fears brought on by neoliberal capitalism’s efficient production of precarity for the masses. And some will always be more susceptible than others, for various historical reasons.